Over the last ten years, more than 1,400 towns and cities in the U.S. have lost their local papers; newsrooms have declined in size by 45%; and, in 2019 so far, the media has shed more than 3,000 jobs. Advertising revenue, which keeps many of these papers in business, has consistently dropped nearly $2 billion per year in each of the last seven years. Over that same period, the tech giants’ advertising revenue exploded, with Google’s growing by $80 billion and Facebook’s by $50 billion. If the next seven years witness the same declines as the last seven, advertising revenue will be completely gone, and the free press will disappear with it.

It is clear that while reporters and news publishers were churning out some of the biggest stories — stories that led to changes in state and federal law and the trajectory of current events — it was Google, Facebook and Apple who were reaping the rewards. 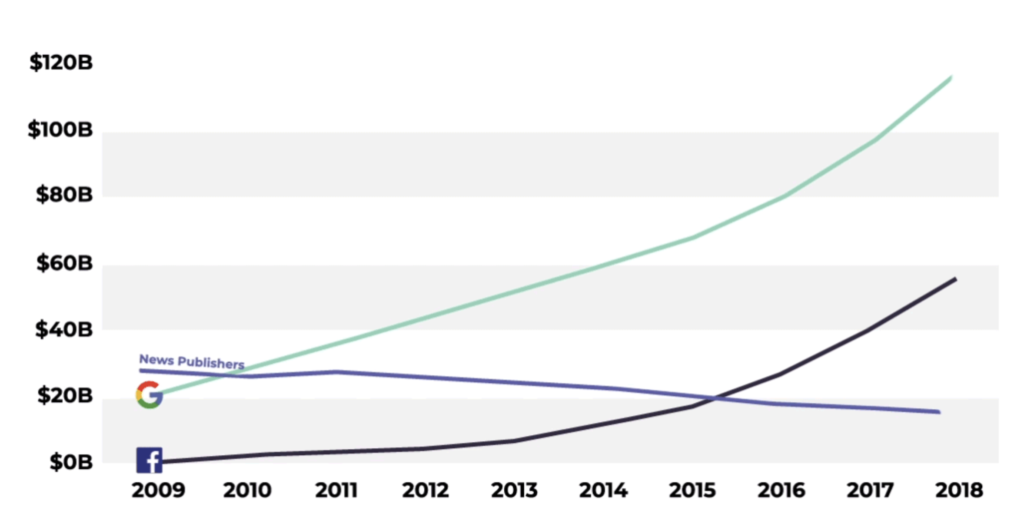 HELP US SAVE JOURNALISM

The Save Journalism Project is an effort to educate and activate journalists across the country to tell the story of big tech’s threat to journalism. We are news publishers, news gatherers, journalists, news photographers, content creators, media influencers, activists, advocates, and organizers. We are defending democracy, fighting to preserve free press, and working to save journalism in the age of big tech. If these are issues you care about too, become an ally.